You are here:
Новини 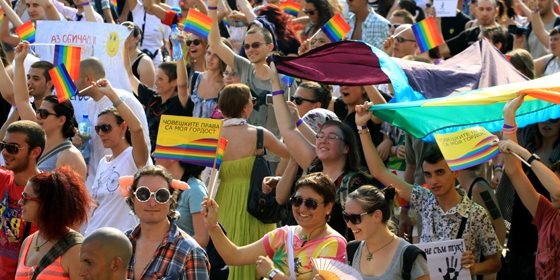 Rainbow Rose and PES Women, being present in Sofia to participate in the PES Council on 21 and 22 June, today praised the invaluable work of the Bulgarian lesbian, gay, bisexual and trans (LGBT) activists. The socialist and social democratic family expressed its solidarity with the Bulgarian LGBT community and with the Organising Committee of the Sofia Pride 2013 – which had been due to take place on Saturday 22 June.

On 20 June, due to grave safety and security concerns related to threats from extreme right-wing groups, the Sofia Pride Organising Committee decided that it was necessary to postpone the Sofia Pride, which will now be organised in the week of 16 September 2013.

PES Women President Zita Gurmai stated that; “in the current difficult context, the Organising Committee acted with courage and responsibility. Now, we must urge the Municipality of Sofia to support and protect the cultural events organized by the LGBT community, and to commit to ensuring optimal security conditions for the Sofia Pride 2013 in September”.

Daniel Waliduda, the delegate of the Rainbow Rose network at the PES Council, said: “As European socialist activists, we will take an active role in monitoring future developments relating to the fundamental rights of the LGBT community, not least because we are aware of the current democratic responsibilities of our political family as one of the largest political forces in Bulgaria”.